The way I figure it,

there are two kinds of people in this world--people who shine like the chrome on Old Glory, and people who are more like the rusted metal in McGunn's junkyard.  My whole life, I've been surrounded by people who shine, who have a special-something.  And starting tomorrow, I'm going to find mine.

Auggie's words from The Junction of Sunshine and Lucky.

Your Reviews / Your Blurbs / Your Shine

All authors get reviews and "blurbs" (a blurb is a short sentence or two saying what a reader liked about a book) for their work.  We use them to help advertise our books.  I figured the best people to review or blurb The Junction are the people the book was written for: readers like you!

Over the years, I've loved hearing your thoughts about about Auggie's adventures in The Junction of Sunshine and Lucky.  Here, I've shared a few of your reviews, blurbs, even your own original stories, drawings, and found object art!

I'd also love to hear your thoughts or feature stories and artwork inspired by my other books (Alexander and the Amazing Wide-Awake, Nobody Sang Like Katy Did, and Wordquake).

To be featured on this site, use the contact me page to send me your reviews or blurbs, stories and drawings, or even to tell me all about your own "shine"!

The video below gives a few glimpses into the inspiration behind The Junction, and ends with a writing challenge to readers (to tell a story by imagining where Auggie and Gus are now):
I got this fantastic original story that answers one of the questions posed at the end of the video: "Do you think Gus is still driving Old Glory?"


Is gus still driving his car?


“Come on old glory you can do it i believe”.It was no use.Gus got old glory in a big mess this time.old glory got stuck in a mud hole in vacation from the money Auggie and Gus made with the masterpieces of the junction of sunshine and lucky. “Gus what are we going to do on vaca now that we got old glory in a mud hole”.Said Auggie hot and sweaty from the beaming sunshine.Gus froze for a second and then said “We might have to get it towed back to the house and we can make it into something.”Auggie was sad and happy at the same time.She was sad because she had almost lived with old glory her entire life!But then she was bursting with joy that she get’s to make a new creation with Gus!Gus tried to get service but he was in the middle of no wear! “Auggie will you be mad if I said this”. He said quietly. I don’t think I will be mad at you”.Auggie mummerd. Gus yelled in happiness “ Thank god.We have to push the car back to the closest gas station so we can see if it ran out of gas if that's not the case we will take it home and make something strange and cool with it.”Than suddenly there luck changed.A tow truck came.Gus flagged him down and they got a ride to Burger queen there favorite place to eat and they got a ride home.Gus pushed the car back into place wear Auggie and gus make all their projects and they had no clue what to do all they did was polish it and leave it as a reminder of their long journeys with old glory.So that left Gus to get young glory.Young glory was a pick up truck and had all the same stuff as old glory.But Auggie felt like somthing was missing?Then she knew right away it was the feeling of going into a car that was rusted and the roughness of the car and how she just loved all that stuff.So she told Gus if we  could get old glory back but gus said nothing.Then Gus said “I really mis that old glory of ours she was a hand me down from my dad how i barley got to see and I never new if he is alive or dead!”Auggie felt bad for Gus so at night Auggie asked mrs.Schumacher if they could borrow a ride to the auto store.Auggie used all of her money to get old glory fixed.When Gus woke he saw old glory all fixed up like it had never been broken!Gus knew right away that Auggie had something to do with it so when the sold young glory Gus gave half of the money to Auggie. The End 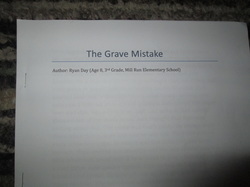 Ryan Day (Age 8, 3rd Grade, Mill Run Elementary School) shared his original story, "The Grave Mistake" with me. It's an amazing adventure tale about two brothers who find themselves trapped in the fantastic world of their favorite board game. It's a page-turner and it's got some really impressive turns of phrases throughout! I loved it. 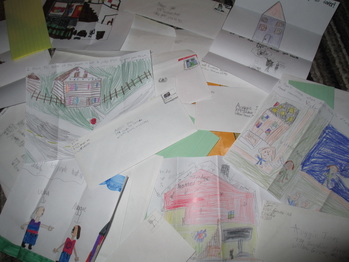 Mr. Dosch's 4th Grade at Winchester Trail Elementary wrote letters to Auggie--and they also drew pictures of Auggie and Gus's house! (I don't think I've ever gotten so much mail all at once in my life...)
Mr. Dosch's 4th Grade also sent along a "junk man" and an Auggie license plate for my art-and-collection-filled office! I've got them proudly hanging in my Skyping corner:

After Skyping with Katy Budget Books, my readers made some fantastic found object art. Auggie would be so proud!

"I love this book so much i will read forever at least until it tears apart..."
—Jesse Pickens

Following a Skype visit with Joann Brown's class in Halfway, Missouri, I was delighted to hear from several students (The Junction was used as a classroom read-aloud):
I love the book.One thing that is cool is that u have a awesome imagination and i think that's why the book is so popular in my class. Because my class is all about imagination and fun.

I love the book........The Junction of Sunshine and Lucky
—Haley Fanning


Hello,Holly I am in Mrs. Joann Brown's class and I would like to say that I love your book The Junction of Sunshine and Lucky it makes your imagination really run wild ! This book was really fun to read and listen to. I would personally like to thank you for signing the books and would really like to read more books like it. I hope you enjoyed writing it as much as I loved reading it I would really like to read some more books like this. I hope you have a good a good summer.

Fellow readers I loved this book and I think if you took the time to read it you would really enjoy it.
—Cheyanne Poterbin


The Junction of Sunshine and Lucky is a book of adventure.It keep you in essence when we stopped readying it in class .so we wouldn't stop begging our teacher Mrs .Brown .It was like real life and could totally be a real story . it had all the drama like real life to . i liked the character Auggie Jones.She would not give up no matter what happened.i like how her and Lexi and Auggie broke up and were friends in the end of the book. I like the mothers story and how it ended. I love the idea of the scalpers and how they ended up s all the scalpers to the museums . That she finally learned about her mother and her father and how life came to be with just her grandpa Gus and her . Also how the the church ended up and the whole town of Willow Grove .
—Lindsay Simpson 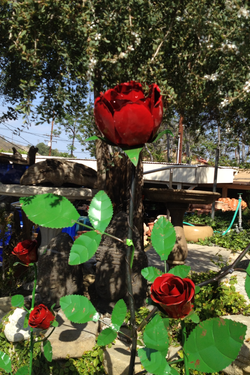 The Junction of Sunshine and Lucky by Holly Schindler begins with the main character Auggie Jones moving to a new school because the one she was going to is run down.  Auggie moves to Dickerson Elementary along with Lexie, Harold and Irma Jean.  She lives with her Grampa Gus in a poor part of town.  You see, Auggie’s story is a sad one, with her mama leaving her and almost everywhere she goes seeing or hearing such wonderful things about her.  Also, Grampa Gus is a trash hauler, and they really don’t have a lot of money.  On the first day of school, a not-so-nice girl named Victoria becomes Lexie’s best friend and Lexie follows whatever Victoria says.  Victoria and her family are a part of a new committee called the House Beautification Committee that first tells Weird Harold that his house is in violation.  Auggie decides she wants to show Victoria that just because they’re not rich, they can still make their house look pretty.  She and Grampa Gus recycle unwanted items to decorate their house.  After Victoria comes over and looks at the trash made into art, Grampa Gus and Auggie get a letter that they are in violation!!!  Well, I really do not want to spoil it for you by telling you everything, but I will say Auggie is really an inspiring character because she is confident and intelligent.  I recommend this book to anyone who just wants to read an inspirational story.  The Junction of Sunshine and Lucky really is an amazing book. 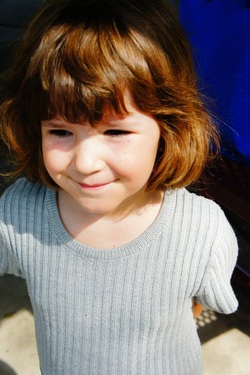 The Junction of Sunshine and Lucky is the story of Auggie, a girl who has to go to a new school. When Victoria, a rich girl, treats Auggie like she’s poor, Auggie begins to decorate her house to show Victoria that her house is beautiful. The House Beautification Committee doesn’t like the decorations and threatens to fine her family if they don’t remove the decorations.

“What can we do? It’s not like there’s Velcro on them and we can take them off whenever we want!”

I liked to imagine the sculptures. I thought it was funny when one of the House Beautification Committee members tried to buy a sculpture.

Victoria thought that Auggie was poor, but Auggie never thought that she was poor herself. It probably felt like her life was falling apart when her best friend Lexie no longer wanted anything to do with her and when she realized that her mother was never coming back.

I thought it was funny when she thought a bush was talking but it was just Weird Harold talking.

Shining brighter than any star...